One of the hardest things that I struggle with is setting a price for my work. Recently, I have looked into how to properly price my work and the numbers were staggering compared to what I normally charge. Now, this is not a “one size fits all” sort of thing but it should give you something to think about. In Korea, one of the things that we sometimes forget is that we are offering a service as photographers and that is the same as we would for teaching a class in English. 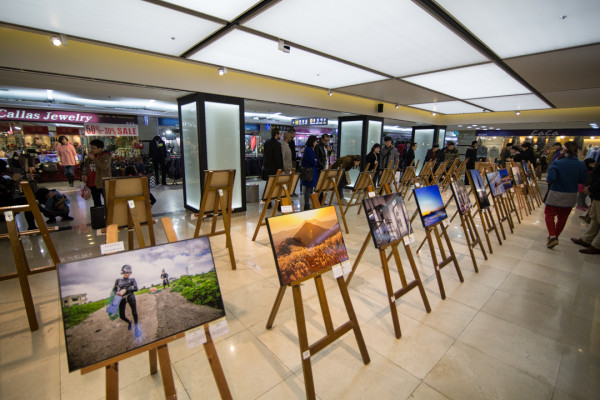 However, a lot of the new photographers who are incredibly talented have a sort of “ah shucks… I’m not a professional photographer… you can have this photo”  Nothing says that you have to be a professional photographer to sell your work but there is a lot that says you should price your work properly. This is a troubling situation because nobody wants to pay top “won” for photos and then you are left with the problem of “do I go cheap and sell or keep my prices the same and risk not selling?”

If you are one of the “ah… shucks… I’m not a professional photographer” photographers, then it should be easy, keep your prices the same. After all, you have a day job and the extra income is just well, extra. If you are in photography as your sole income which might be hard to do, especially if you are in Korea and expecting to make a living off of selling your work, then you have to get creative. However, you still have to cover your costs and make some profit.

In Alain Briot’s essay on Luminous Landscape,  he outlines a formula for selling photos. Alain sells his photos in a tourist area and has priced his work according to his market and his needs. This allows him to sell enough photos to make a living without the feeling of scraping by or waiting for that one big sale. That is the area that you want to be in. Sure, having cheap photos that sell is a good idea but look at how many you would have to sell to make any money or even upgrade your gear? On the same side, how long will it take you to sell one expensive photo to make that cash in one shot?

Recently, I had some people interested in buying some prints. When I have my final price for the set of large prints the prospective clients were taken back by the costs. Immediately they asked “why is it so expensive?” They figured that it may have been do to photoshop or something but I got the feeling that they thought that I was getting greedy. So, I took Alain’s formula and reworked it to fit a photographer in Korea.

Let’s add up all everything that it took to make this photo. I am not talking about cost of your gear but things like gas to get to the location, the cost of printing, the cost of getting to and from the print shop, the cost of the frame, the cost of other materials used. This all adds up and under no circumstances should you cover them simply because some dude wants to get a better deal. Paying for these to make one sale means that you are losing money and will continue to do so as others prospective customers will expect a similar price.

This is where I adjusted Alain’s formula a little bit to fit Korea. If you were a freelance teacher or you work company jobs, you expect to get paid anywhere from 50,000 won to 80,000 won (rare) per hour plus transportation. So let’s say that you want to make 60,000 an hour which is equivalent to a basic company ESL class. Now let’s look at how many hours it took you to get this photo. 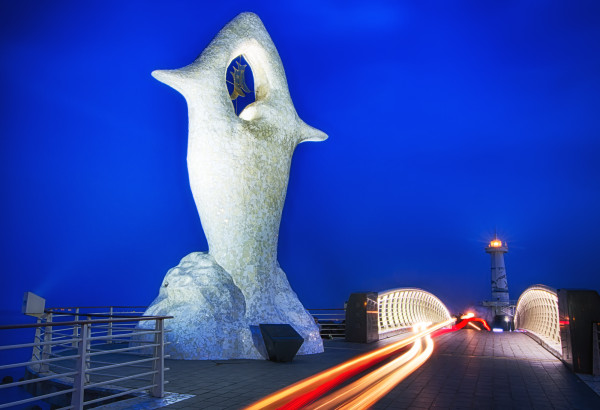 With the above image, I think realistically I spent about 3 hours on location, an hour editing the photos. If I was going to print this I would add on another hour for dealing with the printer. If you work for 5 hours teaching an English class, you’d expect to get paid for that time, right? So, why would you just suck it up so that some dude can get a cheaper price?

If you are mentally adding up the costs and you think that you are done, you are wrong. The price so far is simply the wholesale price. It is the bare minimum and one that will keep you scraping by. Alain recommends multiplying the above figures by at least 2. I wouldn’t go any more than that in Korea. The basic thing to look at here is how much are you willing to make off your hard work. If you worked for a company, THEY would be making money off of you. Now you are the boss, so why are you not factoring in your profits?

My math sucks, so the equation might be poorly laid out but you get the idea. So lets look at a recent shoot that I did in Ulsan. So lets say that the fixed costs for printing from a decent printer will run about 80,000 won. This includes gas and everything like going to the print shop in Busan and whatnot.  Then the hourly wage, following what I laid out above a ballpark figure of 380,000 would fit. This included all the time it took you to shoot, edit, go to the printers, etc. Now multiply that by 2 to get your price. For this case it would be about 760,000 won. Obviously this is a premium print and thus the high price. However, it does show the costs involved

Obviously 760,000 won for a print is high here in Korea. So here is where you would look into how much of your profit are you willing to cut in order to make sales. Remember (a+b) that is your base cost. In this case, 380,000 won is the lowest that you would want to go. So, you could adjust to meet what other photographers are charging, you could even undercut them to make more sales but you still have to look at how much money you are going to put in the bank at the end of the day. Perhaps, the market in your area cannot or will not support this type of business. In that case, you should look elsewhere or find another way to sell your photos. 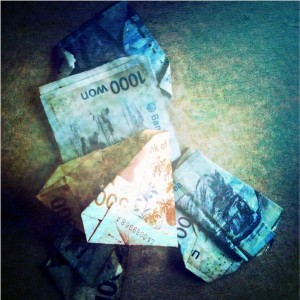 You may be thinking “woah! That price was just stupid!” Then lets adjust it a little bit. Say that instead of going to a proper fine art photo printer, you take it down to the local print shop. Still paying for gas to the shoot but not to leave town or anything and the cheaper price of the print with a few limited expenses a =35,000 won

Then dropping your hourly wage down to about 10,000 won an hour. This is about an average minimum wage in Canada, I think. Perhaps you took less time to edit and because you are going down the street to the local printer, b = 35,000 won. Times that by two to get your final price of 140,000 won. So in the end, your hard work and passion gets a cool 70,000 won.

This is just a rough outline of what you could use to price out your prints. Talking to different photographers, most will say that it is difficult to sell or make any money off of print work alone. Not to mention that especially in Korea, unless you have a one of a kind shot, someone out there will most likely have a similar shot and could sell it for cheaper. If you don’t believe me, do a search for Anapji Pond and take a look at how many of the shots are exactly the same as this one. 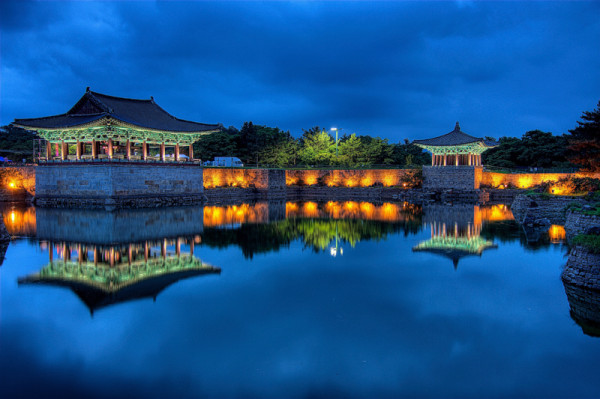 Basically, what you have to do is set your prices and be confident in your work. If you want to make sales and go the wal-mart approach of profit through mass sales, then go for it but no one ever talks about how high quality  the stuff from wal-mart is. However, if you get offers about once a month then go for a price that both you and your client are happy with. If they are willing to buy they will accept a reasonable price. Don’t be afraid to say no to an unreasonable offer. Remember, they are only cutting your prices down to benefit themselves.