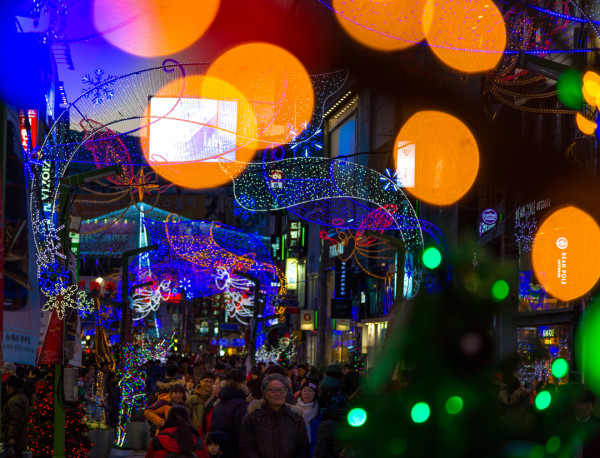 When I first arrived I was in the company of some extremely talented photographers. They gave me a start into a world that would drain my wallet and fill my heart with joy, almost simultaneously. One of the best areas in Busan that a photographer could go to drain his wallet and walk away with some nice gear was Nampodong. It’s streets were lined with camera shops and underground was full of retro gear. It was a place where you’d give a friendly nod when you saw a camera bag or tripod. 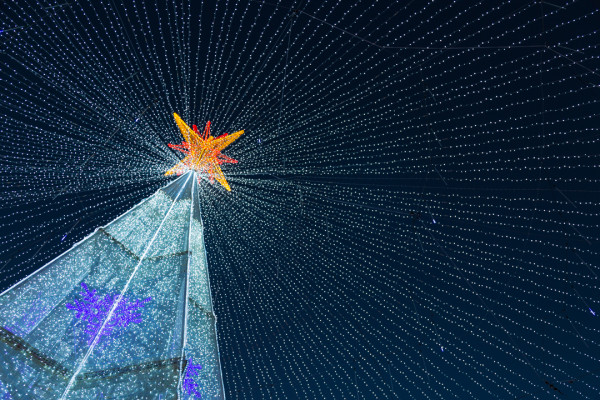 As the years past, the camera shops either moved or got smaller. Coffee shops popped up (no problem with that!) as well as fashion outlets, makeup shops and everything else cashed in on the new traffic to the area. One of the busiest times of the year is their annual “Christmas Tree Festival” which basically is when they cover the street with lights and put up a christmas tree over the main intersection. Like most festivals you have the stage where nameless singers perform and people clap and dance. 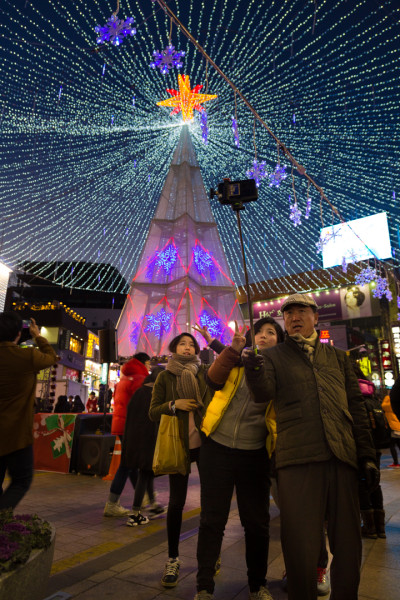 As you can tell from my tone, I have never been a big fan of this festival. For me it means that the lines for the Heot-ddeok are longer and it’s hard to shoot when so many people are bumping into your camera. However, this year it seemed different. The same lights were there. The same people were giving away free tea. There just seemed to be a bit of a charm and a burst of Christmas spirit. 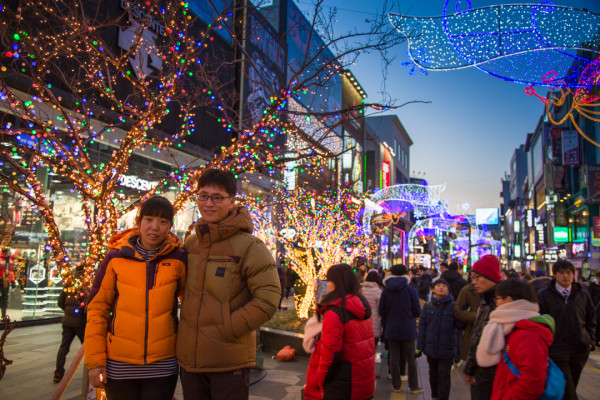 The festival runs until January 5th and they will hold one last celebration on New Year’s Eve. The lights will finally go out on January 5th. It is sad to see that Gwangbok Road turning into another tourist trap but I guess that is what is needed. There are still camera shops in the area but most people are turning to the interest to make their purchases. I guess times are changing. 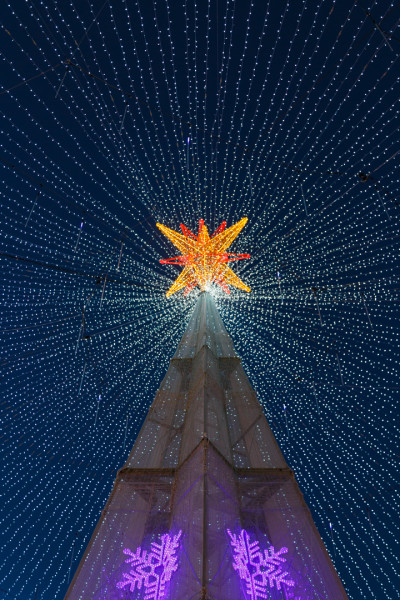