To Canada and Back Again: A Photographer’s Story pt. 2

After having a great time catching up with friends and family, I headed off into parts unknown. I had never ventured past Toronto’s Pearson Airport before (while staying in Canada) and I knew very little about the maritimes. With a layover Ottawa, I landed in Halifax and immediately realized that I was not in Korea anymore. I was stuck at the airport. Where were the hoards of taxis and buses just lined up waiting for people? 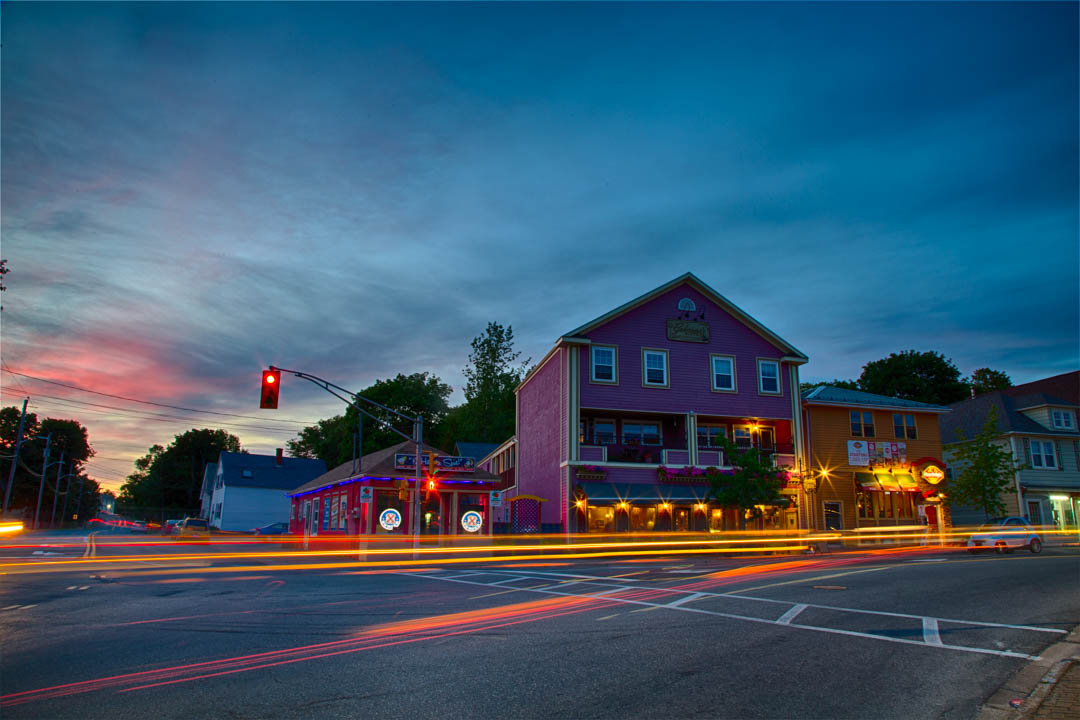 With classes starting at 8:30 am the next day in a town that I could barely pronounce properly, I had no other choice but to rent a car at the outrageously expensive “airport rate” and drive to Antigonish and then later drive back and then take the bus back… I don’t even want to mention how much this little excursion cost but it was not cheap. However, I quickly received a gift and that gift came in the form of the open road and satellite radio. 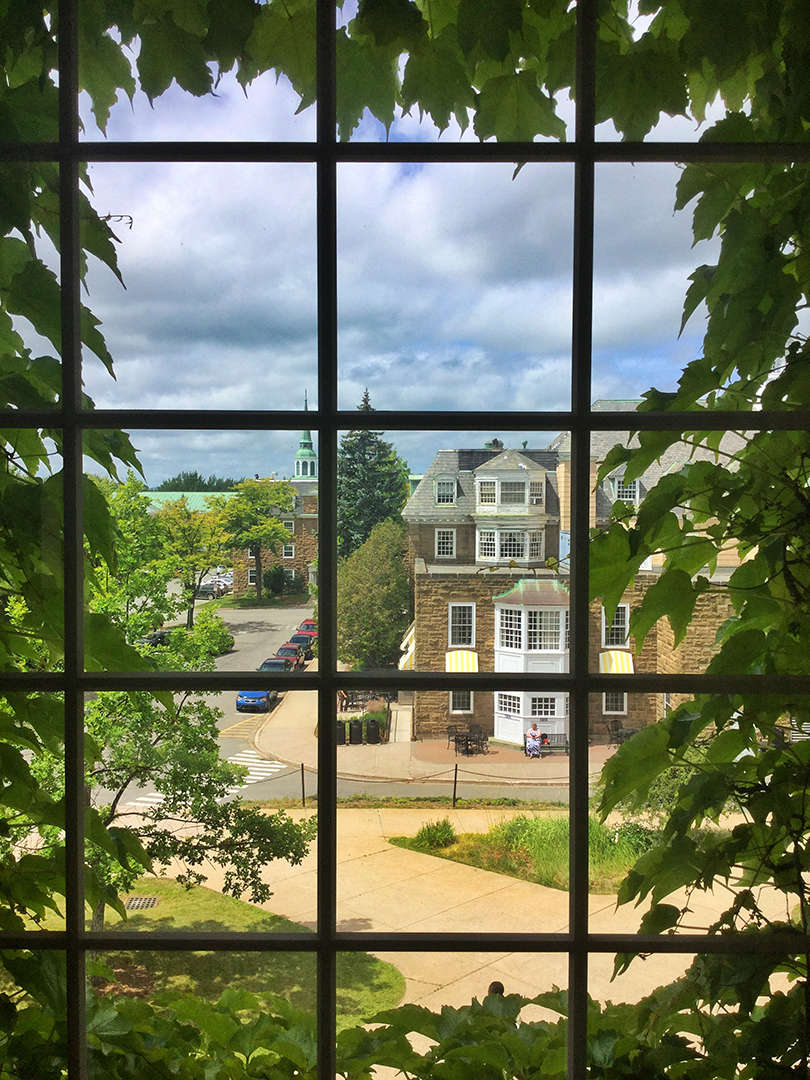 I forgot how much I just enjoyed driving. I didn’t have to worry about cars in one lane going 20 km/h below the speed limit while the drivers in the other lanes try to break the sound barrier in a sonata. I just set the cruise control and let my mind go. It was rewarding just to have that time to myself without any of the nonsense that comes with driving on a Korean expressway. 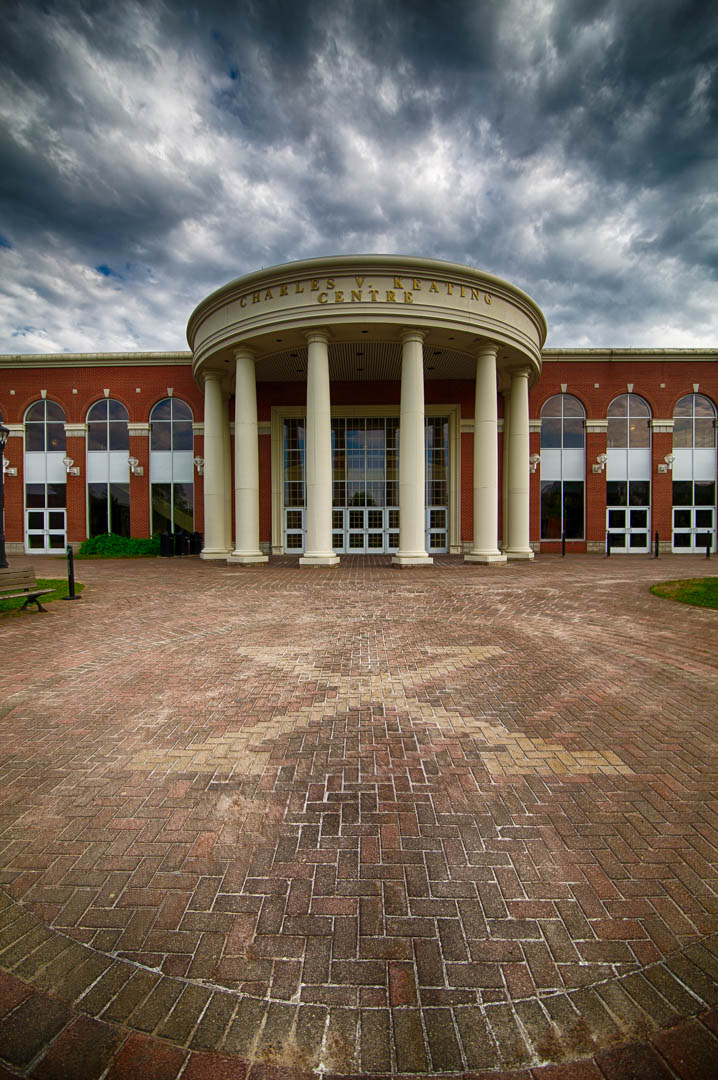 It was dark by the time that I got to St.FX and I must admit that it took me a while to figure out where I was going. However, the room was great and I quickly settled in while trying to find something on TV other than the Big Bang Theory. The morning came quickly and I had the odd feeling of being close to 40 and having the first day of school jitters. 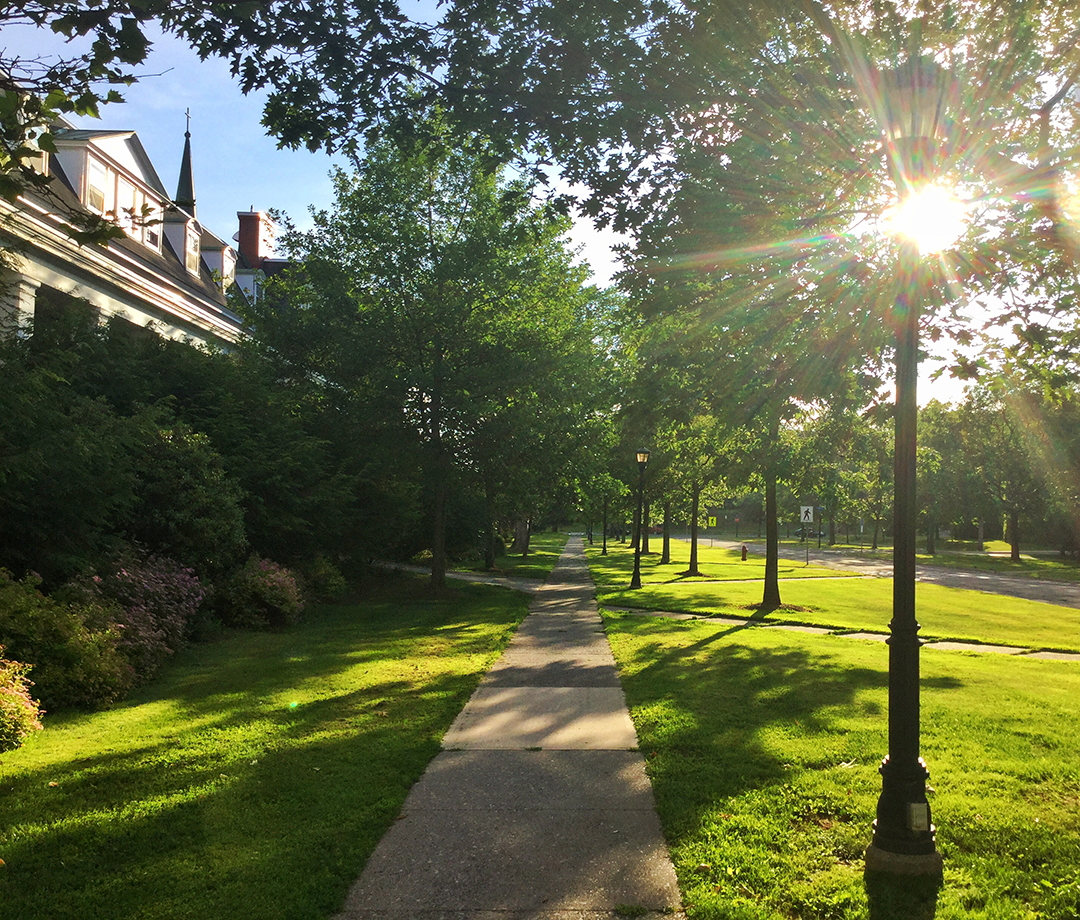 Walking through the campus, I was amazed at the buildings. I felt like I was finally a part of something with a legacy. At my previous university, I felt like I was an outsider. I never really got into the school spirit. Here, I felt welcomed and I sort of wished that I had taken my undergrad here. Every turn gave me new ideas for shots. Sadly, my time was mostly tied up with studying and getting myself acquainted with life in Canada. The holiday was over and now it was time to work.

Again, I had to juggle my roles as “student” and “photographer” and most days the student role won. I missed a few good sunsets due to simply being worn out from a full day of studying. Not to mention I was slipping into the groove of long walks, good coffee and studying by myself. By the second week I really had to push myself to get out but my brain seemed overwhelmed. 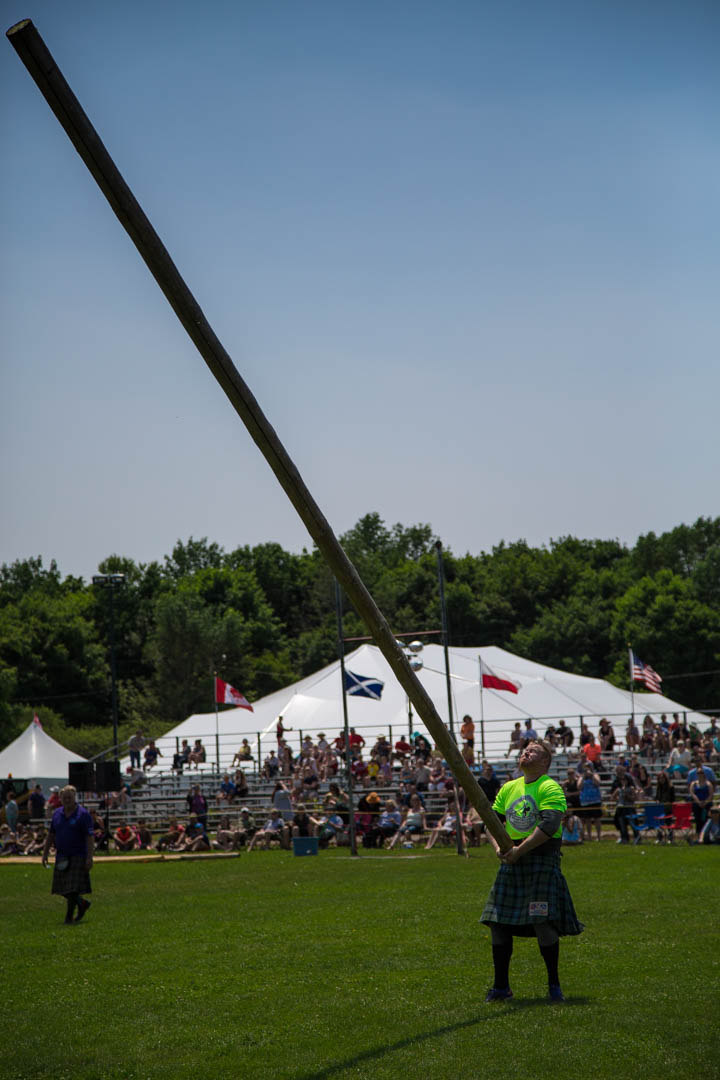 My first outing was the Highland Games. This is one of the largest highland games outside of Scotland and my first experience with dudes in kilts throwing large heavy things. It was great to see this amazing display of culture. The day was hot and bright but I was glad to get out and get some shots. It was interesting to be invisible and blending in for the first time. No one stared or cared as I went about my business. 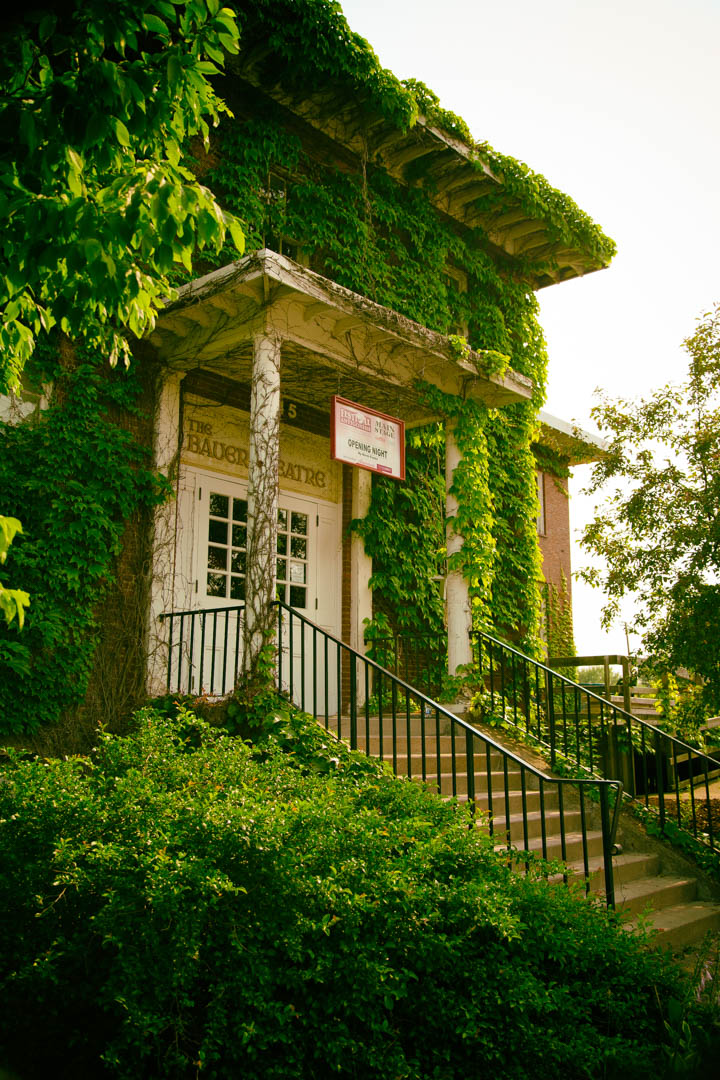 Back at St. FX, I was enamoured by the campus and the buildings. Many times I just sat around thinking of what to shoot and not actually shooting anything. I made a goal to rent a car and get around the province. The crappy part was that the by the time that I made this goal, the nice weather had passed and I could get a car for the long weekend. I managed to score a sweet deal for the following weekend but that also meant I lost a day and it would mean doing a tour de force of Nova Scotia. 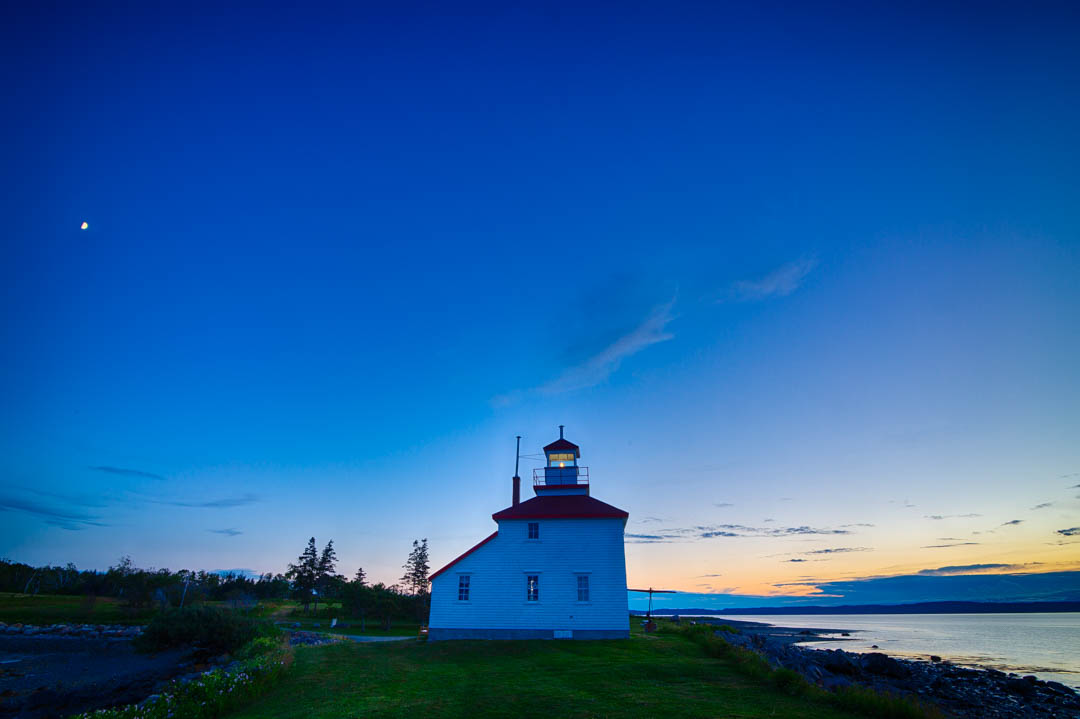 After classes finished on Friday, I hit the road. Extra large coffee in the cup holder and the greatest hits from the 80’s, 90’s and now, playing on the FM radio, I set off to meet up with a friend from Korea. I was determined make it there in a reasonable hour. However, the landscape had other plans. I soon found myself at Gilberts Cove photographing the lighthouse. It was such a peaceful moment that I moved carefully around as if not to disturb anything or anyone. The blue hour drifted in and I knew that I had to be moving on.

Getting to the Chateau Sainte-Marie, which is owned by my friend Chris Mazeroll was a long drive after a long day. Meeting people again for whom you’ve always known in Korea is a bit awkward at first. However, after a good chat and a cold drink, it was time that I checked out my room. My room was located in the turret of a hundred-year-old house. Turning off the lights I secretly hoped that I wouldn’t see anyone sitting in the chair across the room. 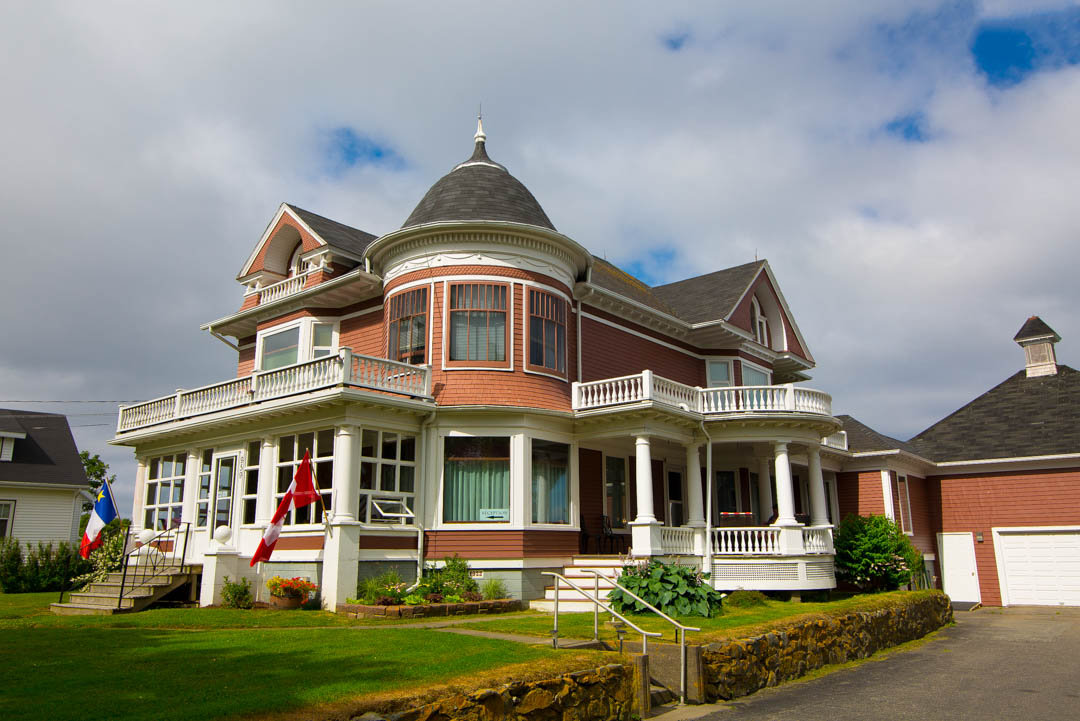 I got up early and was met with the grey skies of an upcoming storm. I had hoped to shoot some photos for Chris’s BnB but with the grey skies I was challenged on how to make the house look warm and inviting. My first few shots looked more like the Acadian version of the Bates Motel and certainly not the effect I was going for. However, later on in the day our prayers were answered and the skies opened up to show some great blue skies and huge clouds. 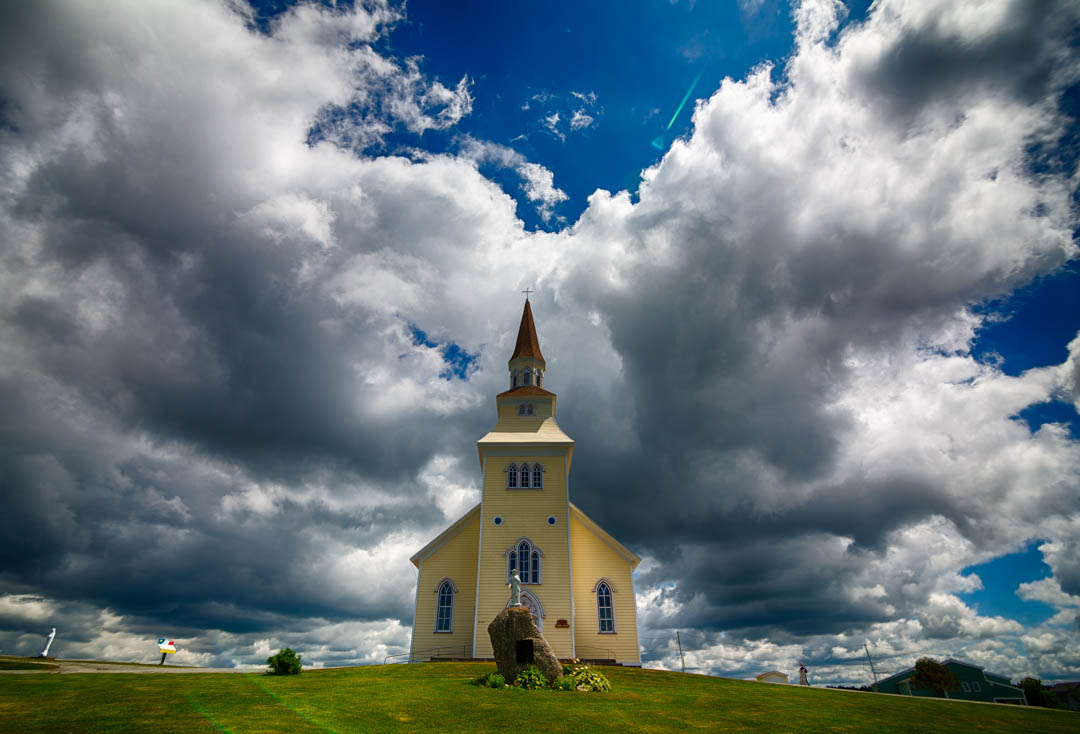 Sadly, they didn’t stick around too long. My trip out to the historic town of Lunenburg was a wet one. The skies opened up and I decided to move on and smother my sorrows in a Baconator from Wendy’s. I pushed on towards Peggy’s Cove. It was late and I wasn’t sure what I could shoot at that hour. However, I just wanted to see the site. You can’t go to Nova Scotia and not go to Peggy’s Cove. Driving past the Swiss Air 111 crash site memorial at night was a bit creepy as there was not a single person around at that hour. This is something strange as you can pretty much go anywhere in Korea at any hour and have someone bump into you. 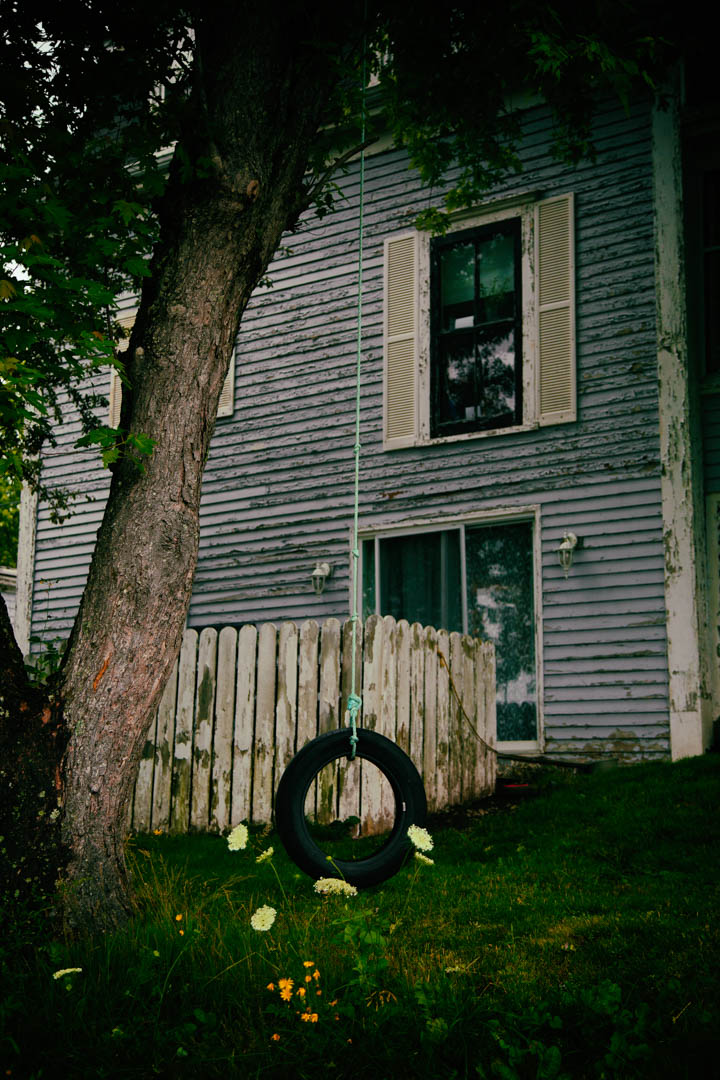 Peggy’s Cove was nice but preferred the more rural lighthouses that I had seen along the way. After taking a few shots, I heard the sounds of distant laughter that for some reason sent chills down my spine. That was my cue to leave. Back on the road, I made the long push to St.FX and my comfortable bed. 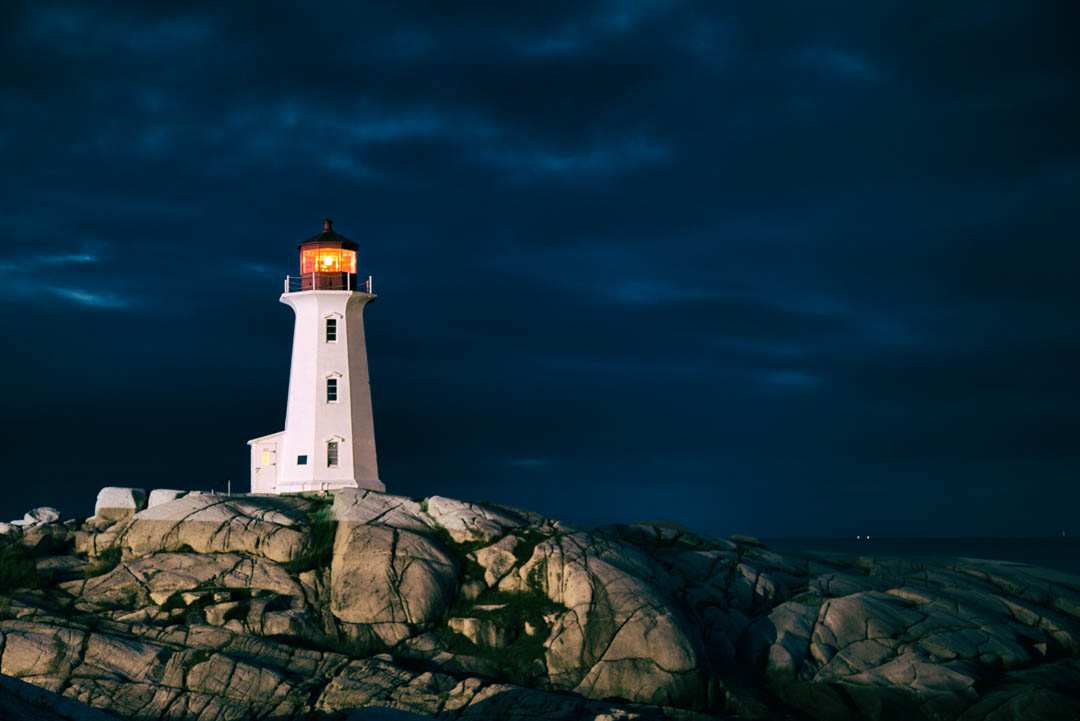 My next mission was Cape Breton Island and the Cabot Trail. During the drive home I wondered what the famous road would be like. I also wondered where I could pull-off because the extra-large coffee hit my bladder just past Truro and there is not much along that highway except tree and bush.

To Canada and Back Again: A Photographer’s Story Pt. 1

5 Ways to Make Your Cinemagraphs Pop