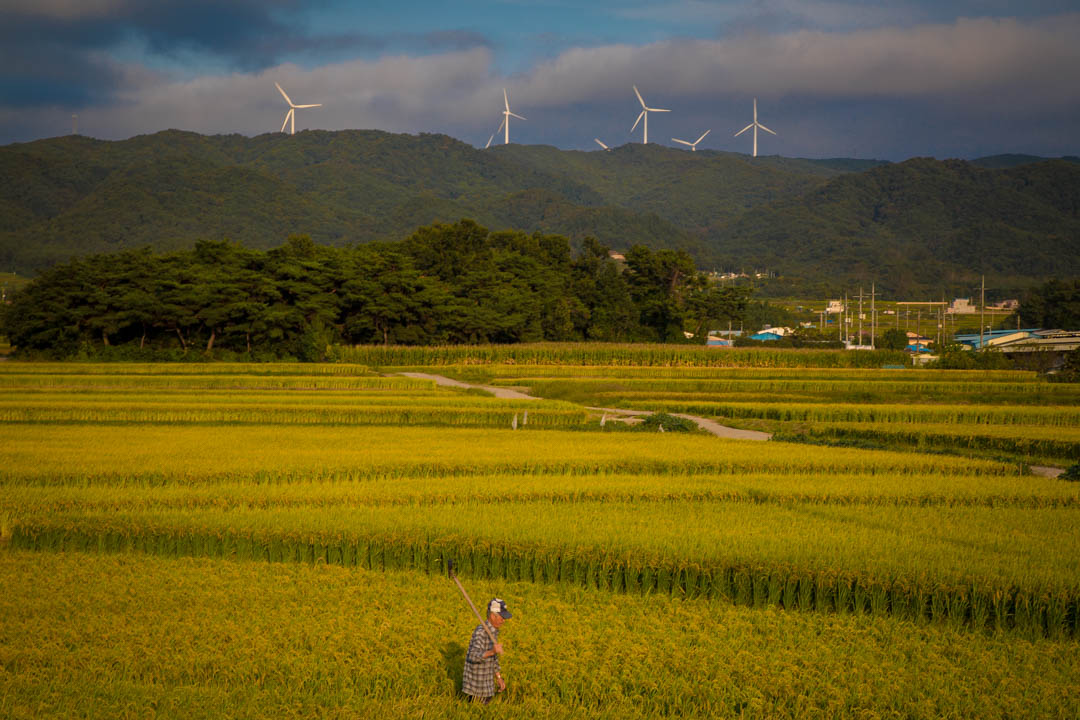 For some reason, I kept thinking about heading to Kyeongju and getting some photos. Not really sure why but I could shake the feeling that something good was happening out there. Not sure what I would find, I jumped into my car, heeded my wife’s warning about the traffic and took off.

I can’t stress this enough, I had no idea what I wanted to shoot there. I felt like my shots of the Woljeong Bridge were a little boring and so I was heading out that way. However, beyond that I was not really sure what to do. I was just heading out to a beautiful city and hoping for the best and then something caught my eye. 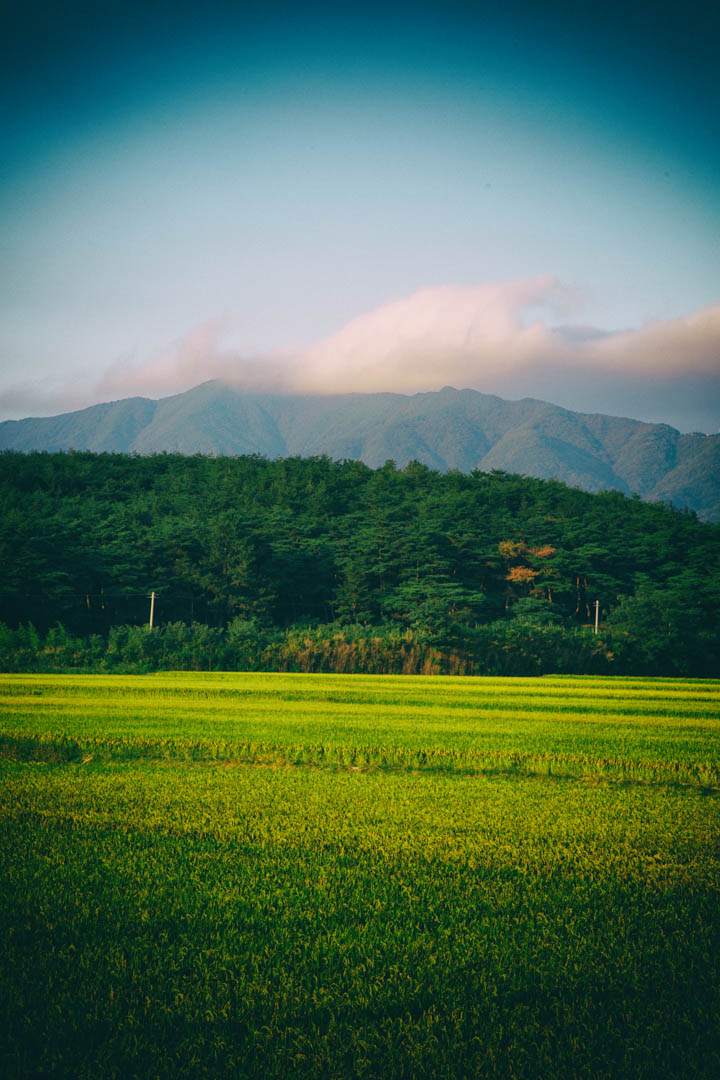 The sun was entering the golden hour and it was illuminating the fields alongside the highway in the most beautiful way. It was an elderly farmer that caught my eye as he walked through his field. Wishing that I could just stop and take a shot, I was about to just carry on. Then I saw a rest stop. I couldn’t pass this up, not even for the dude that was tailgating me.

I pulled over and wandered back the field. Upon noticing that the farmer was slowing making HIS way back home, I decided to run and catch him in the field before he left. Not the most subtle of techniques but I was willing to risk it. I must state that I almost never take pictures of people. Fact is that I almost try and avoid them when possible. However, for this shot the farmer added so much to the shot.

After taking a few shots, the old farmer was a little curious about what I was doing. As I walked up, I greeted him and we talked about the weather and how nice the night was. He saw my camera and immediately lit up. “oh! you’re taking pictures” I asked if I could take his picture and he declined but gave in after I pressed him a bit. This was the first time that I have ever done this sort of thing. Talk to strangers is hard for me, let alone in another language. Taking their picture is just as difficult as I am never satisfied with the results. This time was a little better and I felt good about my time with the farmer. 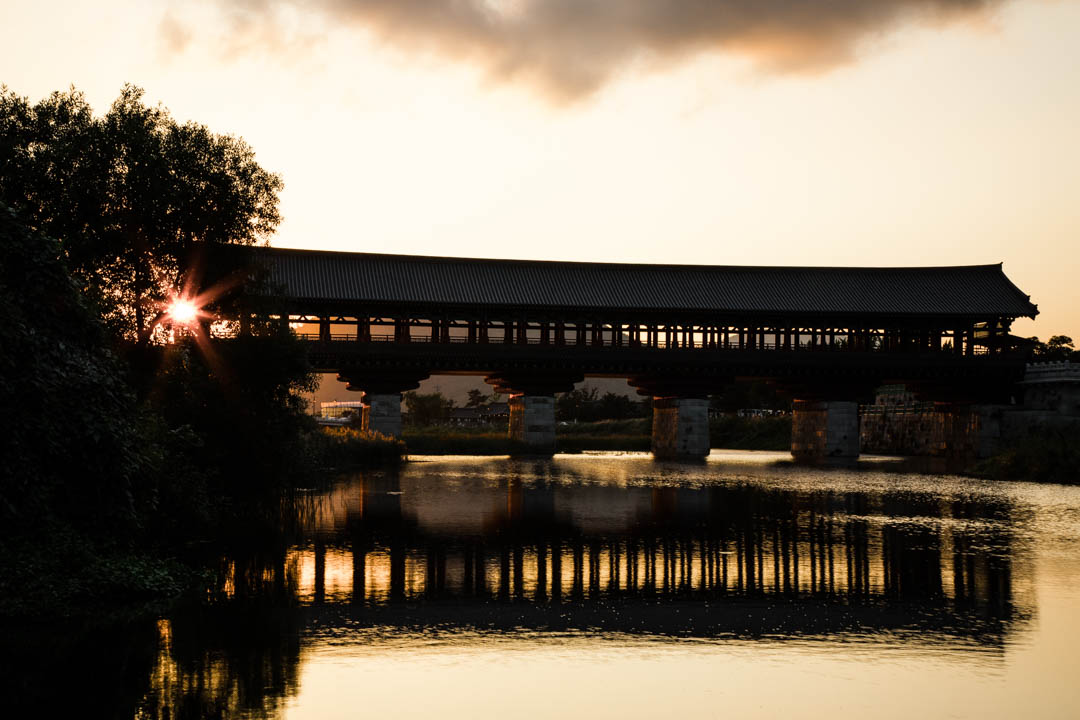 I jumped back in my car and headed on towards the historic sites in Kyeongju. Knowing that there is always a bottleneck in front of Anapji Pond, I took a back road to the Kyochon village. This presented me with a view of the Woljeong Bridge that I have not seen before. I pulled the car over again and scrambled down the ditch to the water’s edge. I soon found myself battling thorns and unstable rocks but that would lead to an outcropping that had a great view of the bridge. 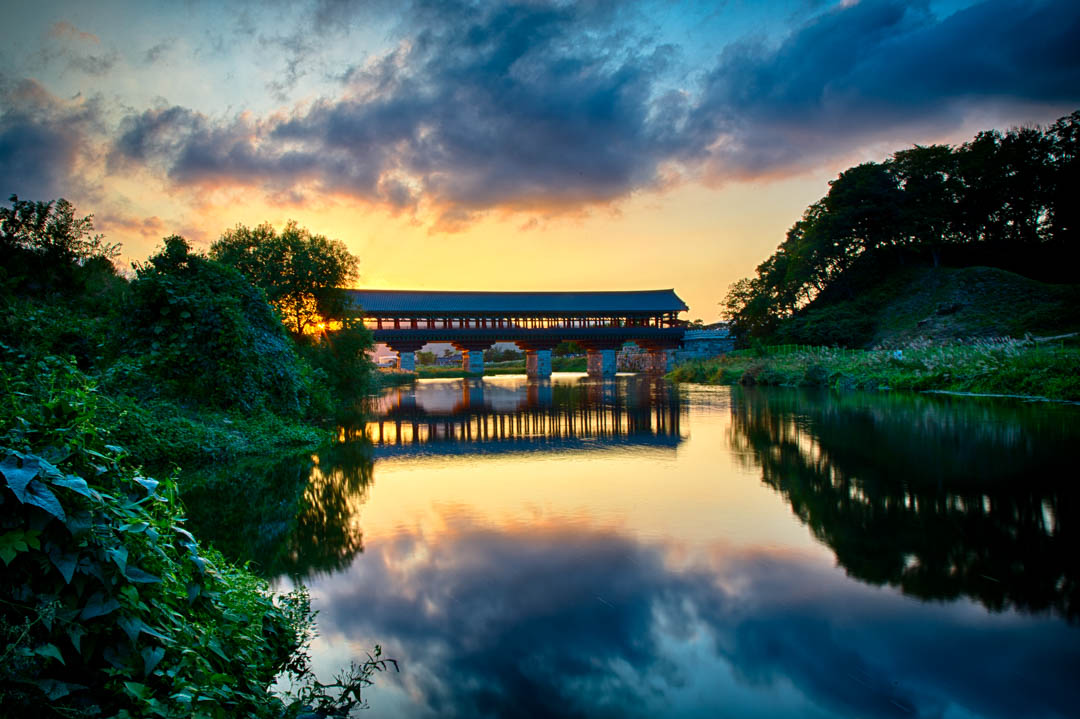 After getting my fill and worrying that I would not be able to navigate my way back, I scrambled back to my car and went into the village. It was a madhouse. Overrun with tourists and couples on tandem bikes, it was hard to get an unobstructed shot. However, the water’s edge had very few people. After making a circle of the village, I went down and got some basic shots of the bridge from the other side. 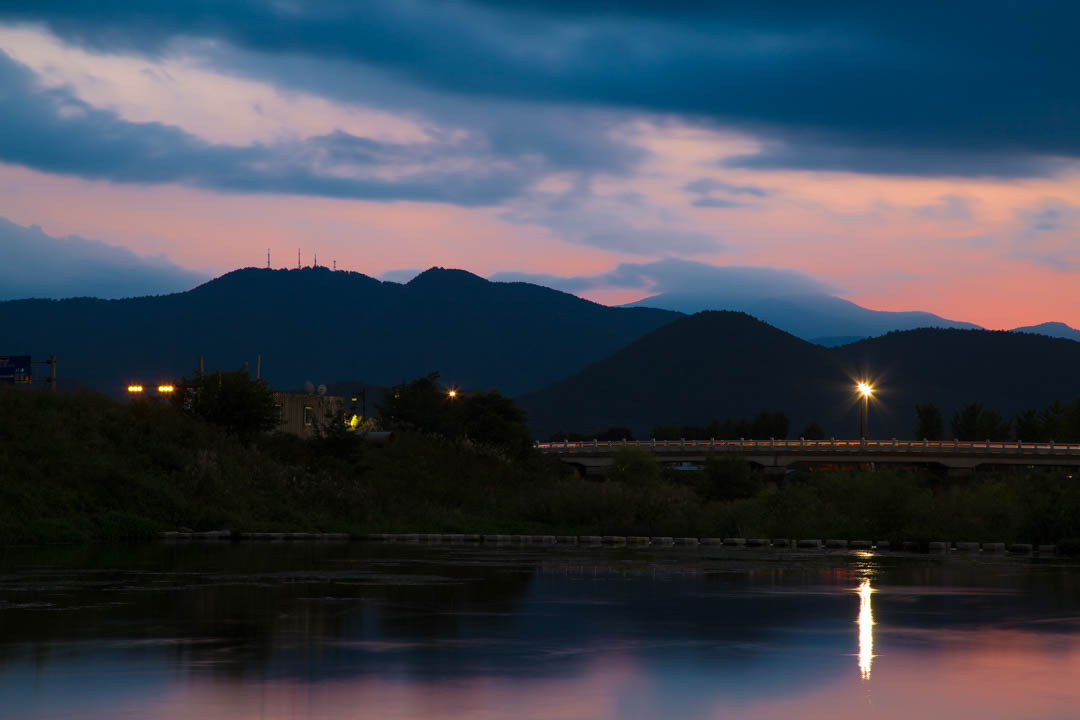 Not really, sure if I got what I was looking for, I was certainly happy that I got out. The fresh air and sense of place in Kyeongju is amazing. Though my studies in tourism sometimes gets me a little worked up in places like this, I know that they are doing their best to make these areas enjoyable for everyone and not just couples on bikes. The Kyochon village is a definite gem as recent improvements have made it more accessible to tourists. Yet, sadly some of the “improvements” seem to take away from the sense of history. I do wish that they’d do away with the fabric banners and stick to signage to relates to the time of the original village. 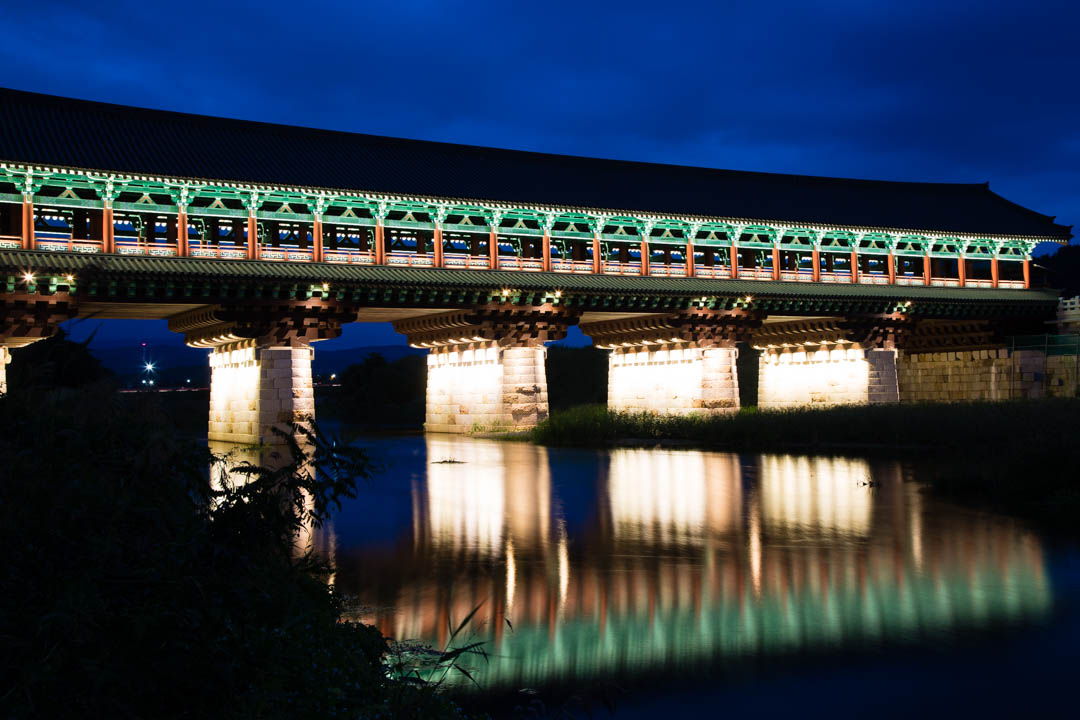 To Canada and Back Again: A Photographer’s Story pt 3